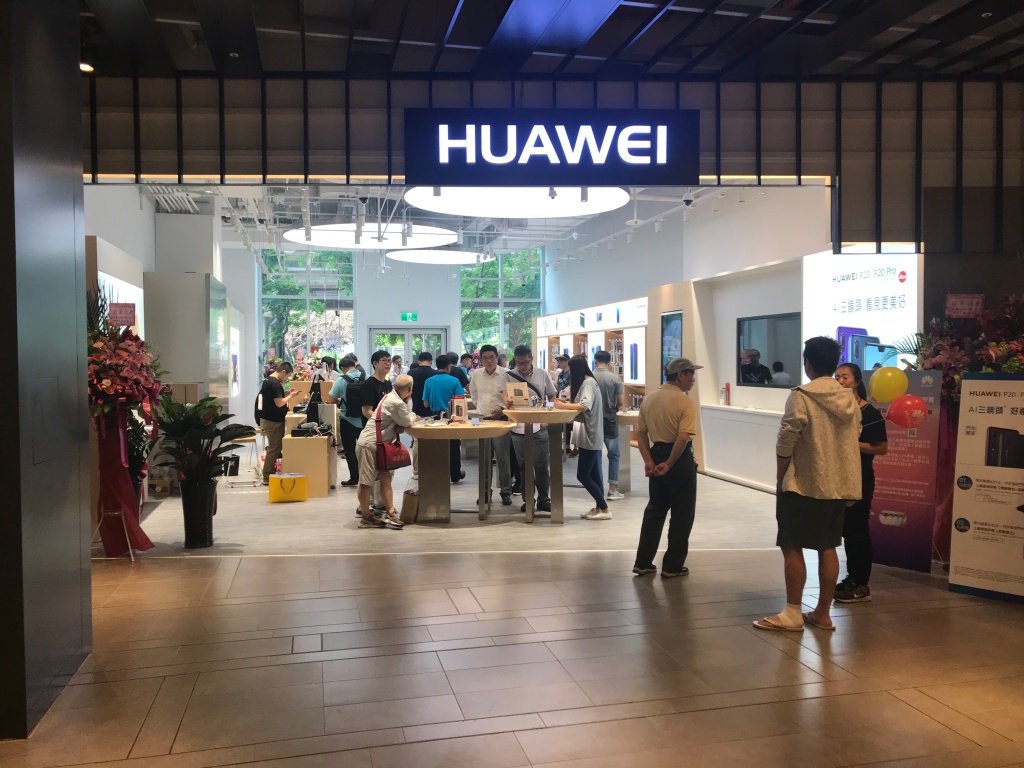 People walk past of a Huawei brand store in Kiev, Ukraine.

As of January 28th, the British government has granted Chinese company Huawei Technologies Co. permission to construct part of the UK’s 5G network in spite of American fears surrounding company security risks.  This decision passes in the wake of the Trump administration’s growing sanctions against Huawei and Huawei affiliates, citing claims that Huawei equipment can be used by the Chinese government to spy on other governments.  The British National Security Council addressed the possible security risks and decided the British government can manage the risk.

Included in some of the measures to address Huawei’s security concerns is a designation of  Huawei and other telecommunication companies as “high-risk vendors” with limitations to their involvement in the 5G network.  Huawei, banned from constructing crucial parts of the 5G infrastructure necessary to route information across the entire network, is further limited to using low-risk components in the noncritical parts of the infrastructure. None of the Chinese telecom company’s equipment is allowed near private government locations such as military bases.  Additionally, Huawei’s market share is limited to 35% to prevent British dependence on Huawei and stimulate local competition.

Even following their restrictions on Huawei, the British government has angered several US officials; a spokesperson for the Trump administration said the United States was “disappointed” by the decision.  Following the decision on January 28th, President Trump spoke to British Prime Minister Boris Johnson regarding “critical regional and bilateral issues, including telecommunications security.” The decision may even result in backlash from the US government, which threatened to withhold intelligence from countries that do not ban Huawei, although it is unclear whether the US will withhold intelligence from the UK due to joint membership in the Five Eyes intelligence alliance.

In spite of US pressures, the UK stands by its decision.  Nicky Morgan, British secretary for digital culture, media, and sport, described the decision as a “UK-specific solution for UK-specific reasons.”  These reasons include, but are not limited to, the speed of Huawei’s 5G implementations based on their involvement in the British telecom network prior to the discovery of security risks.

The United States stands to detriment from the British deal because it aids Chinese industry and government amid the ongoing US-China technology war. The decision follows a several month-long campaign led by President Trump lobbying against Huawei and US Congress ruling against contracting the Chinese telecom company for the US 5G network, leaving the US behind China in the tech war and behind the UK in the implementation of 5G.

Some US citizens call for the US to withhold US manufactured technology components used in Huawei devices in order to prevent further Huawei and Chinese advancement.  The US government has yet to take any further action against Huawei following the banning of Huawei products in the US, but many speculate further sanctions are coming.  Regardless, further sanctions would only serve to retroactively punish Huawei, not to prevent Huawei’s involvement in the United Kingdom. Considering that the UK is the most influential country thus far to ignore American opposition to Huawei, it is difficult to determine how the decision will impact the international relations with the United States and Chinese tech moving into the future.

iThere are no comments

Begin typing your search above and press return to search. Press Esc to cancel.